If YOUR mouth has one or more of the following:

Any of these could be danger signs and should be examined by a trained professional. At Woodford House Dental Practice, all our clinicians are trained to spot early indications of oral cancer – because having your mouth checked could save your life.

Last year alone, more than 6,700 people in the UK were diagnosed with mouth cancer.

Frighteningly, the number has risen by a third in the last decade. Mouth cancer now takes more lives in one year than testicular and cervical cancer, and road traffic accidents.

For information on mouth cancer prevention, go to www.mouthcancer.org

Who does it affect?

What people think about mouth cancer 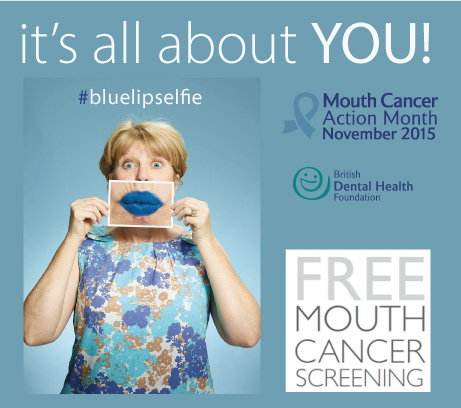 For your free Mouth Cancer Screening appointment with a trained professional call Woodford House Dental Practice on 020 8504 2704. Email us here>